Challenges of Caring for a Parent With Dementia 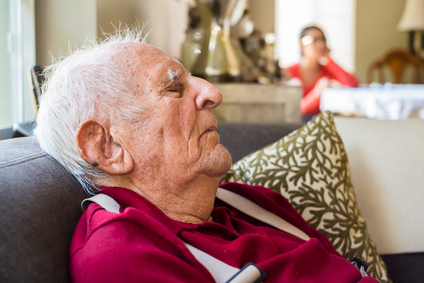 There really isn’t a word to accurately describe what it’s like to care for a parent with dementia.  Where do you begin?  One minute they love you, the next they’re accusing you of stealing the wallet they “hid” in the sock drawer when they went to bed last night.  Caring for my dad was a real roller-coaster.  He never physically attacked me, but one day he actually aimed his walker at me with an angry look on his face and started heading right for me.  Another time he threw the newspaper at me after accusing me of stealing all his shirts.  Then there were the rare times when he’d hold my hand and thank me for all that I was doing to take care of him and tell me he knew that if it wasn’t for me, he didn’t know how he would survive.

I try to hold on to those moments and forget the others.

Teepa Snow is an amazing woman whose self-proclaimed mission is “to better the lives of people with dementia—as well as the lives of their caregivers” and she is seriously good at it.  I discovered her by accident on YouTube when I was desperately searching for anything that would help my mom and me survive the verbal abuse my dad directed at both of us as we did our best to care for him.  Not to put to fine a point on it, but she saved my sanity!

One thing I learned from her early on is summarized by this quote from a recent article she wrote on agingcare.com:

“Pay attention to what helps them feel valued and important, as well as when they relax and build energy. Try to prioritize the most important things and what needs to get done. Know your agenda, but don’t show your agenda. And then recognize if/when it doesn’t go as you’d have hoped.”

You can read the rest of the article, with five of Teepa’s tips to help you care for a parent with dementia, here.